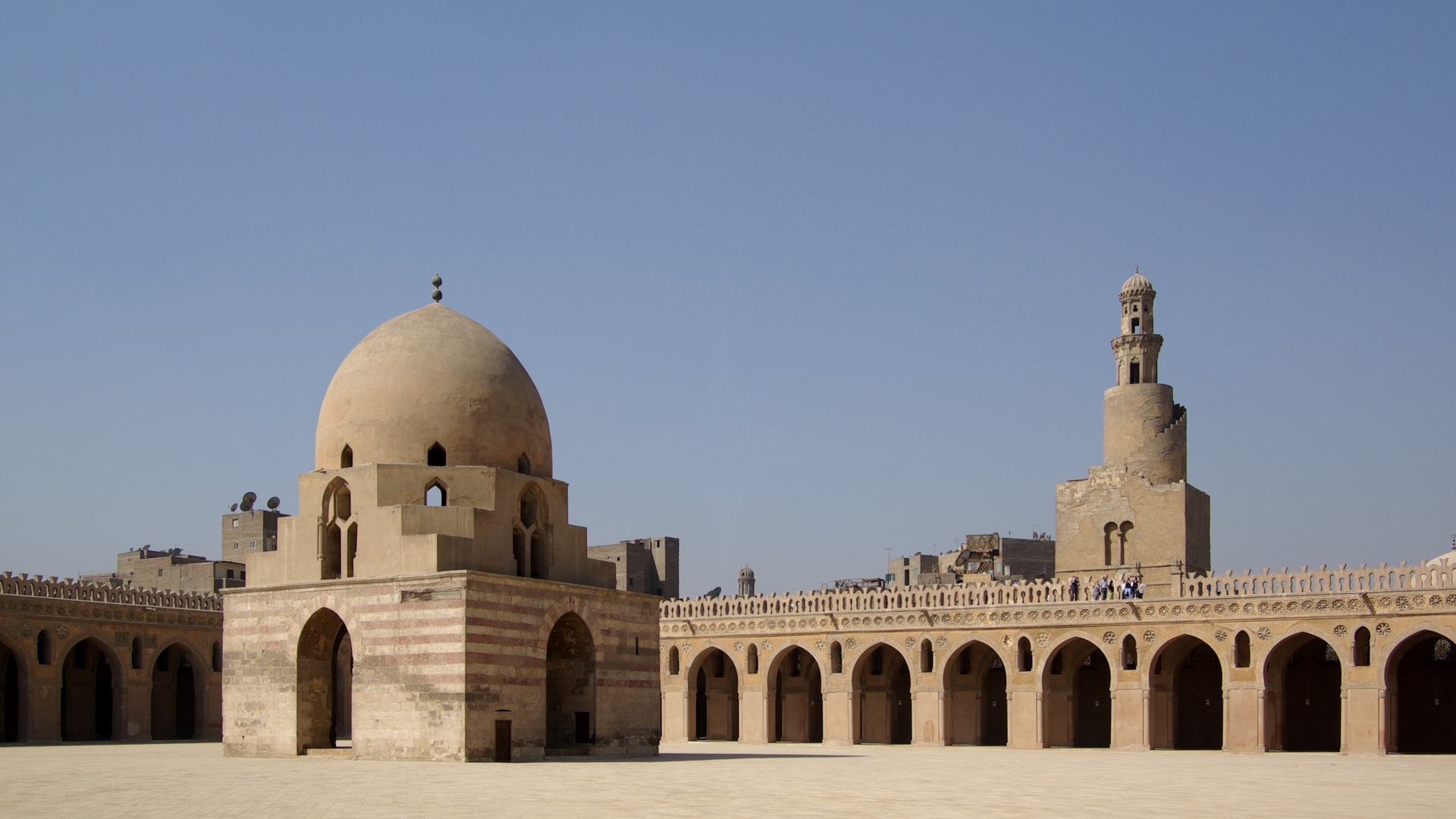 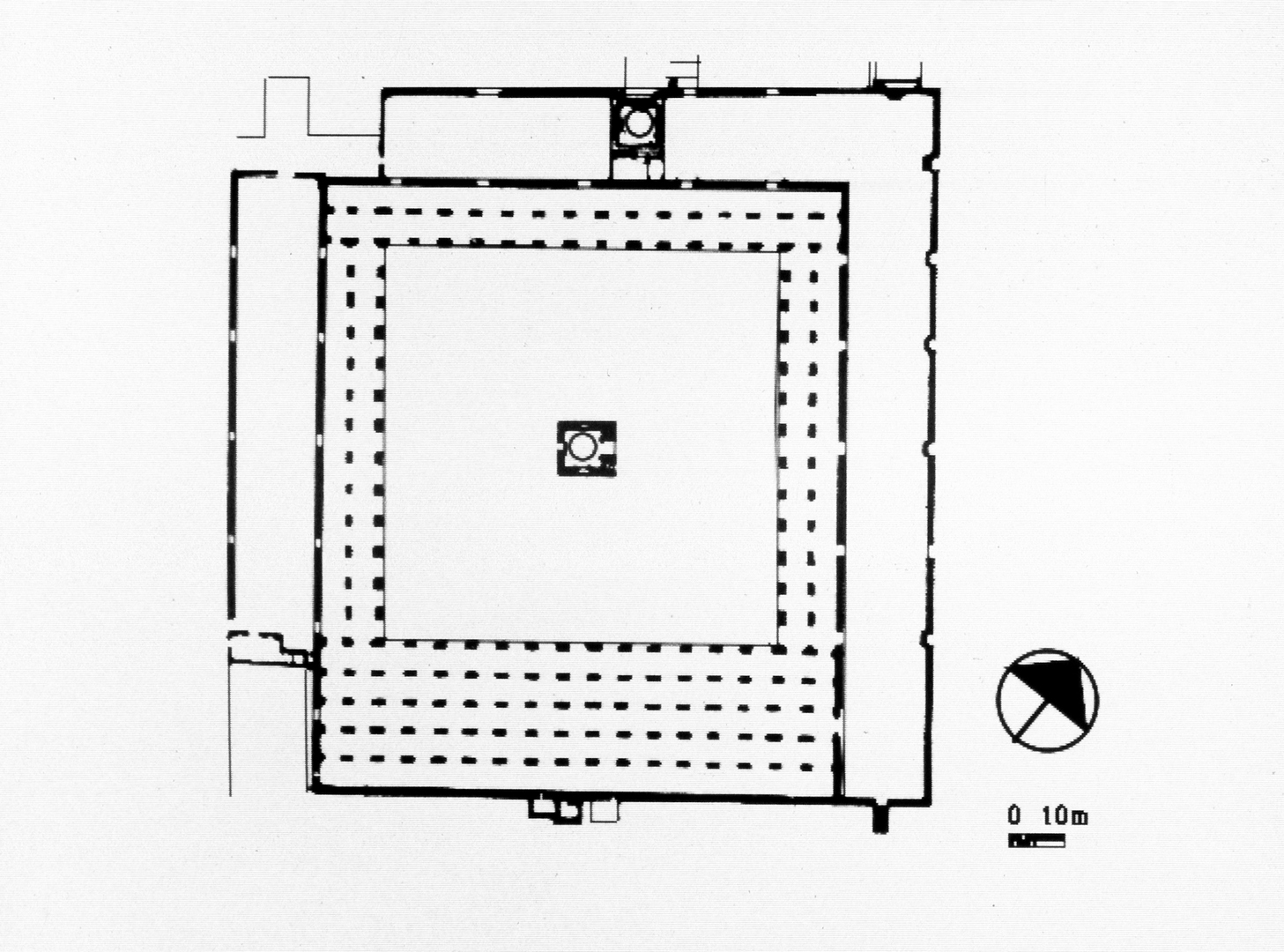 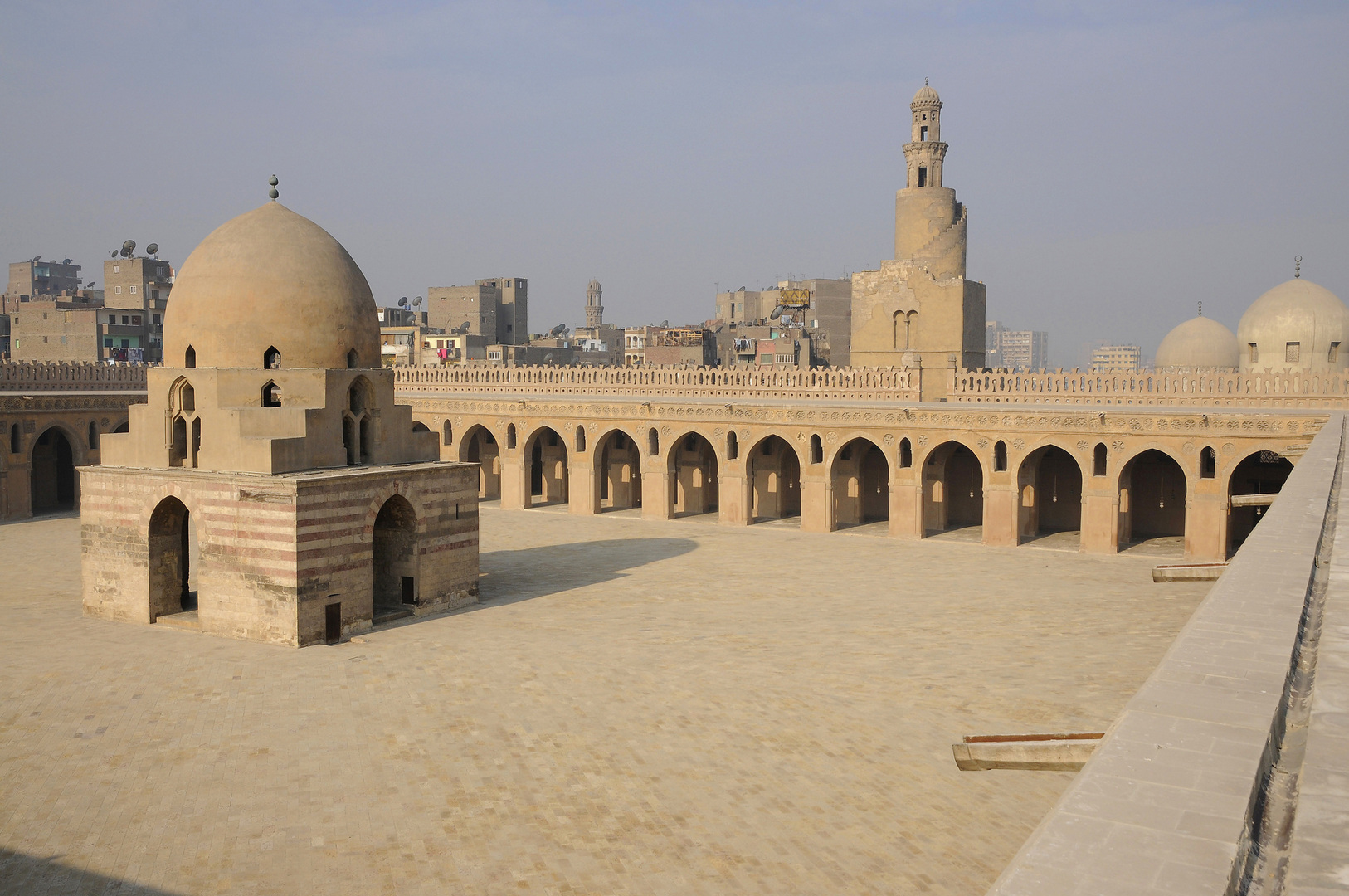 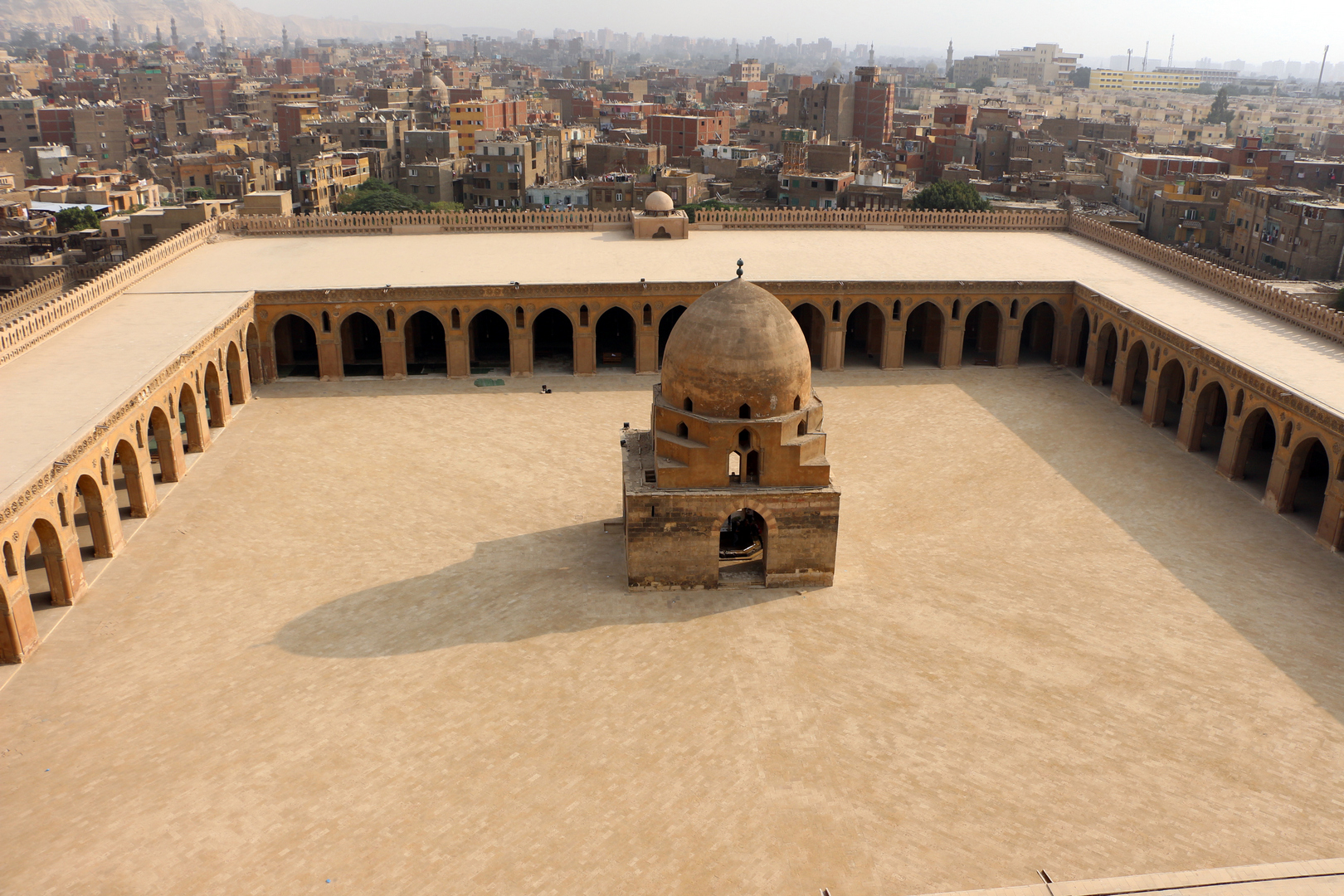 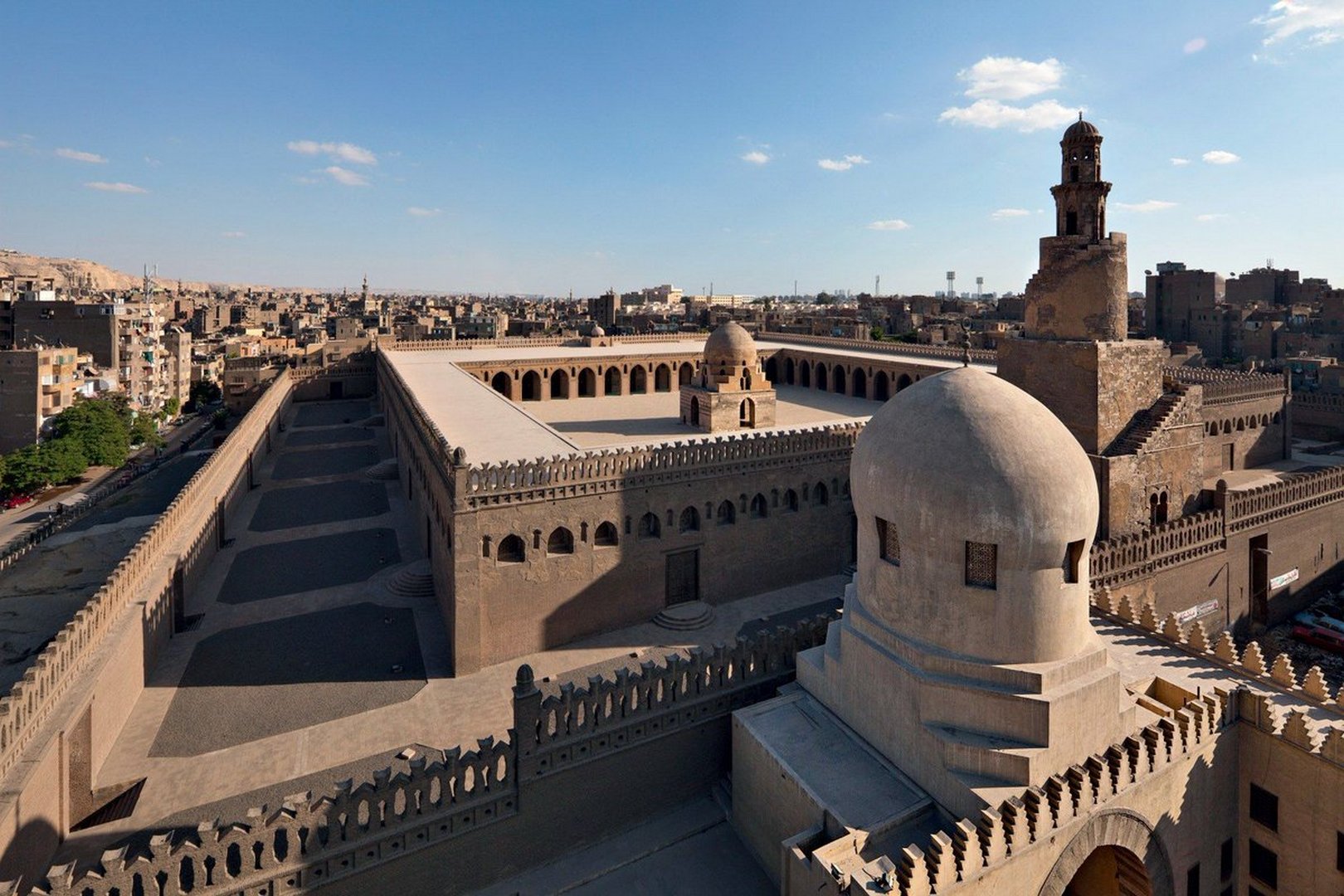 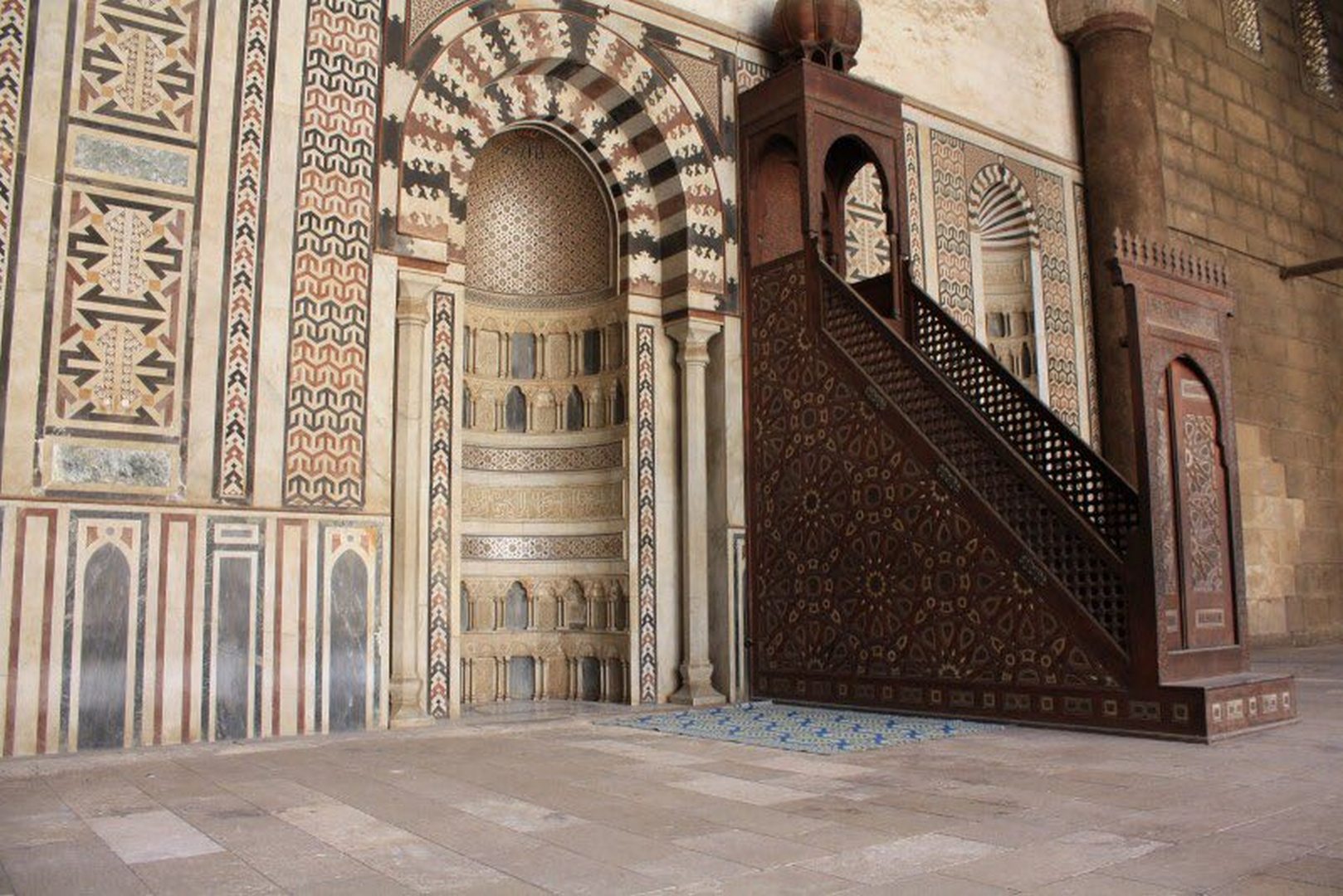 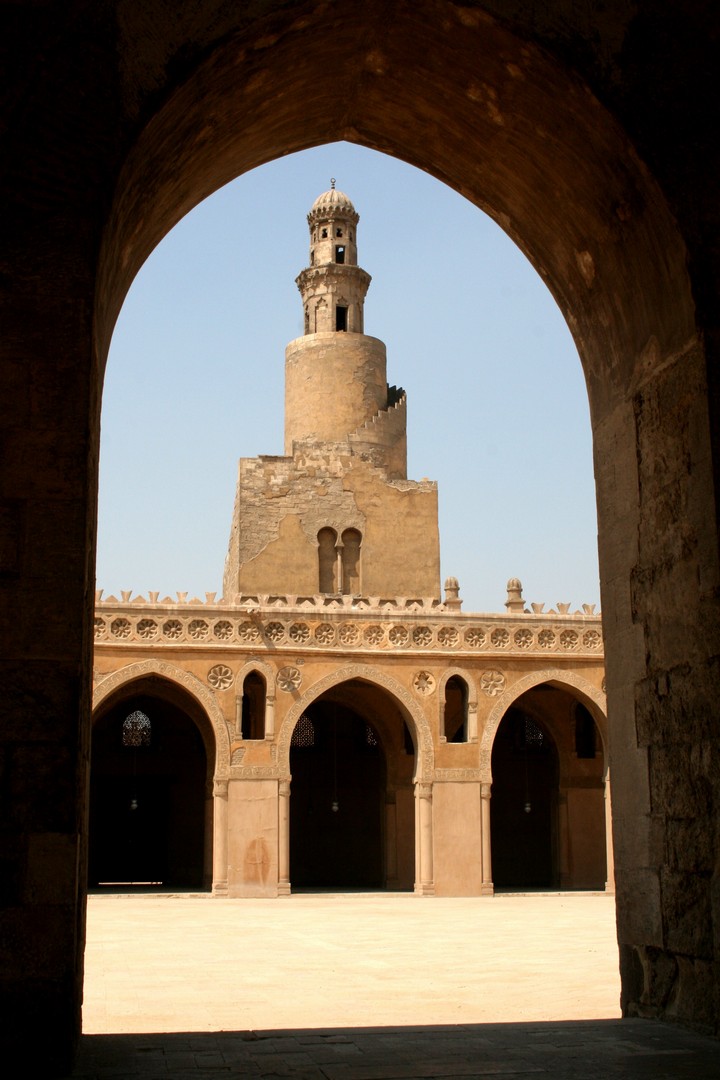 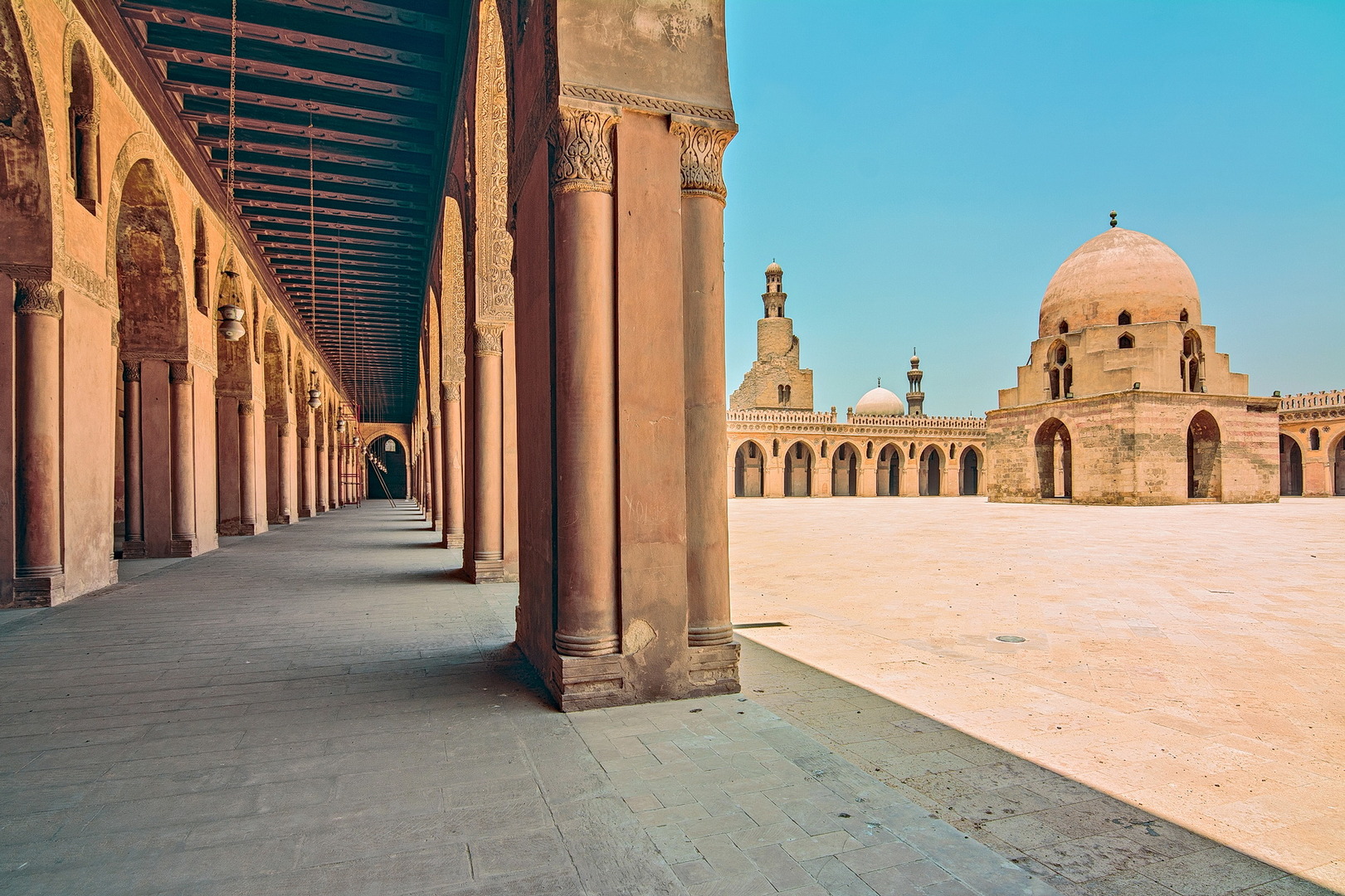 Significance
The third mosque built in Egypt for Friday and congregational prayers, Ahmad Ibn Tulun Mosque is one of the finest examples of hypostyle mosques of Abbasid period. Ibn Tulun received military training in Samarra, therefore the mosque in Cairo bears great resemblance to the Great Mosques of Samarra. The mosque is constructed of red brick plastered with white stucco. The plan is almost a square, measuring 47 x 37 meters. The square is enclosed on three sides by additional corridors (ziyada). This outer enclosure contained secondary functions like ablution areas and toilettes. The interior of the mosque has a spacious courtyard, surrounded by arcades resting brick piers with columns flanking from both sides. The spiral minaret, similar to the one in Samarra, was placed in late 13th century. The mosque is also famous for its remarkable craftsmanship, especially in woodworks and stucco decorations.

Selection Criteria
i. to represent a masterpiece of human creative genius
v. to be an outstanding example of a traditional human settlement, land-use, or sea-use which is representative of a culture (or cultures), or human interaction with the environment especially when it has become vulnerable under the impact of irreversible change
vi. to be directly or tangibly associated with events or living traditions, with ideas, or with beliefs, with artistic and literary works of outstanding universal significance

State of Preservation
The mosque retains its original form in most of the parts. However, it lived through many catastrophes. During the fire of 986, the dome and the fountain was destroyed. After the dome was renovated in 995, it collapsed again on an unknown date.
In late 11th century, a flat mihrab on a pier in the foreground was added by a Fatimid vizier, al-Afdal. The spiral minaret was added in 13th century. The fountain pavilion, which is standing in the middle of the courtyard, was also placed in 13th century.
In 1296-1297, al-Amir Husam ad-Din ordered for the restoration of the mosque. During this process, the upper part of the minaret was repaired and the pulpit, which is still present today, was erected. During the reign of Az-Zahir Barkuk in 1389, the peristyl next to the minaret was renovated.
In 1846-1847, the mosque was converted to a charity house for the disabled people. In 1882, the Committee for the Preservation of Arabic Monuments was appointed for the restoration of the mosque.
In 1999 During this restoration the courtyard was paved and the fountain was covered with black marble. The last restoration work was carried out in 2004, The mosque was most recently restored by the Egyptian Supreme Council of Antiquities.