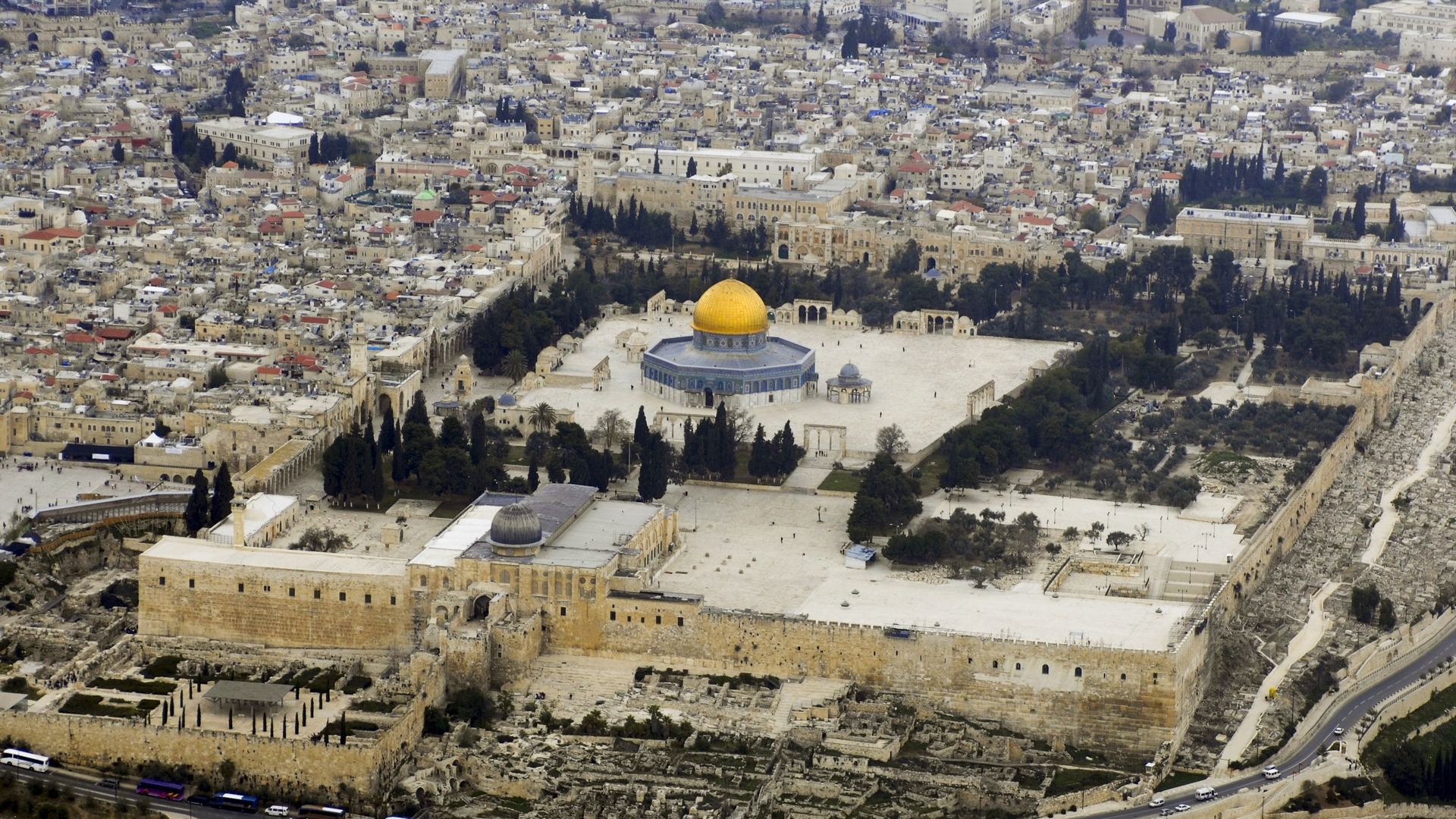 Significance
Within its existence is related to the night journey of the Prophet Muhammad’s (Sallallahu Alayhi Wa Sallam) from Mecca to Jerusalem and his ascent to Heaven, the mosque, after than Mecca and Medina, is considered as the holiest place of prayer in the Muslim world. It is one of the most significant buildings constructed in the Early Muslim Period as well as being the earliest in Palestine. Al-Aqsa is also one of the largest and most important mosques in the Muslim world. According to Islamic belief, Al Aqsa Mosque is also the first Qibla and the second mosque built on earth after the Ka’aba in Mecca.

Al-Aqsa Mosque is located in the southeast corner of the Old City of Jerusalem, covering one-sixth of its area. Al-Aqsa Mosque, also referred to as Al-Haram Ash-Sharif (the Noble Sanctuary), comprises the entire area within the compound walls (a total area of 144,000 m2) – including all the mosques, prayer rooms, buildings, platforms and open courtyards located above or under the grounds – and exceeds 200 historical monuments pertaining to various Islamic eras. According to Islamic creed and jurisprudence, all these buildings and courtyards enjoy the same degree of sacredness since they are built on Al-Aqsa’s holy grounds. This sacredness is not exclusive to the physical structures allocated for prayer, like the Dome of the Rock or Al-Qibly Mosque (the mosque with the large silver dome), or to the buildings located on the surface of Al-Aqsa’s premises. Thus, a worshiper receives the same reward for praying anywhere within the Mosque including the open courtyards.

Al-Aqsa Mosque has the following four different levels:
• An underground level containing wells and water canals, and some buildings that are currently filled with dirt.
• A subterranean level, including the Marwani prayer hall in the southeastern corner, the Ancient “Aqsa” (actually two massive corridors leading to the Umayyad palaces, below the current Al-Qibly Mosque), the Buraq prayer hall (below the Moroccans’ Gate in the west), the Golden Gate (called in Arabic Bab Al-Rahmah and Bab Al-Tawbah, in the east), and the closed gates: the single, the double, the triple, the Buraq’s Gate, and the lower Gate of the Chain.
• The Southern Qibly Mosque and the expansive middle courtyard that includes open gates, corridors, platforms, trees, etc.
• The Dome of the Rock and its surroundings, including the decorative domes that adorn the highest plateau within Al-Aqsa Mosque.

Selection Criteria
iii. to bear a unique or at least exceptional testimony to a cultural tradition or to a civilization which is living or which has disappeared
iv. to be an outstanding example of a type of building, architectural or technological ensemble or landscape which illustrates (a) significant stage(s) in human history
vi. to be directly or tangibly associated with events or living traditions, with ideas, or with beliefs, with artistic and literary works of outstanding universal significance

State of Preservation
The monument had gone under many restorations throughout its history. When Salah al-Din liberated the city of Jerusalem, he restored the mosque in 538 AH / 1187 CE, and it was restored in several later ages such as the Mamluk and Ottoman eras and at the beginning of the British occupation. The first scientific restoration had taken place in 1922 by the Al-Aqsa Mosque and the Dome of the Rock Restoration Committee.
After the fall of Jerusalem under the Zionist occupation, the mosque was exposed to hundreds of attacks, the worst fire in 1389 AH / 21 August 1969 was the worst. The building is daily taken care of by the Islamic ًWaqf Department in Jerusalem. The excavations and tunnels carried out by the Zionist occupation threaten its foundations, as it extends under most of the southern wall of the Mosque and under the foundations of the entire Al-Qibli mosque. Despite the decision of UNESCO to consider the Al-Aqsa Mosque as a purely Islamic one, it continues to be invaded by settlers and to try to partition it temporarily and spatially.

Other Historical District nearby