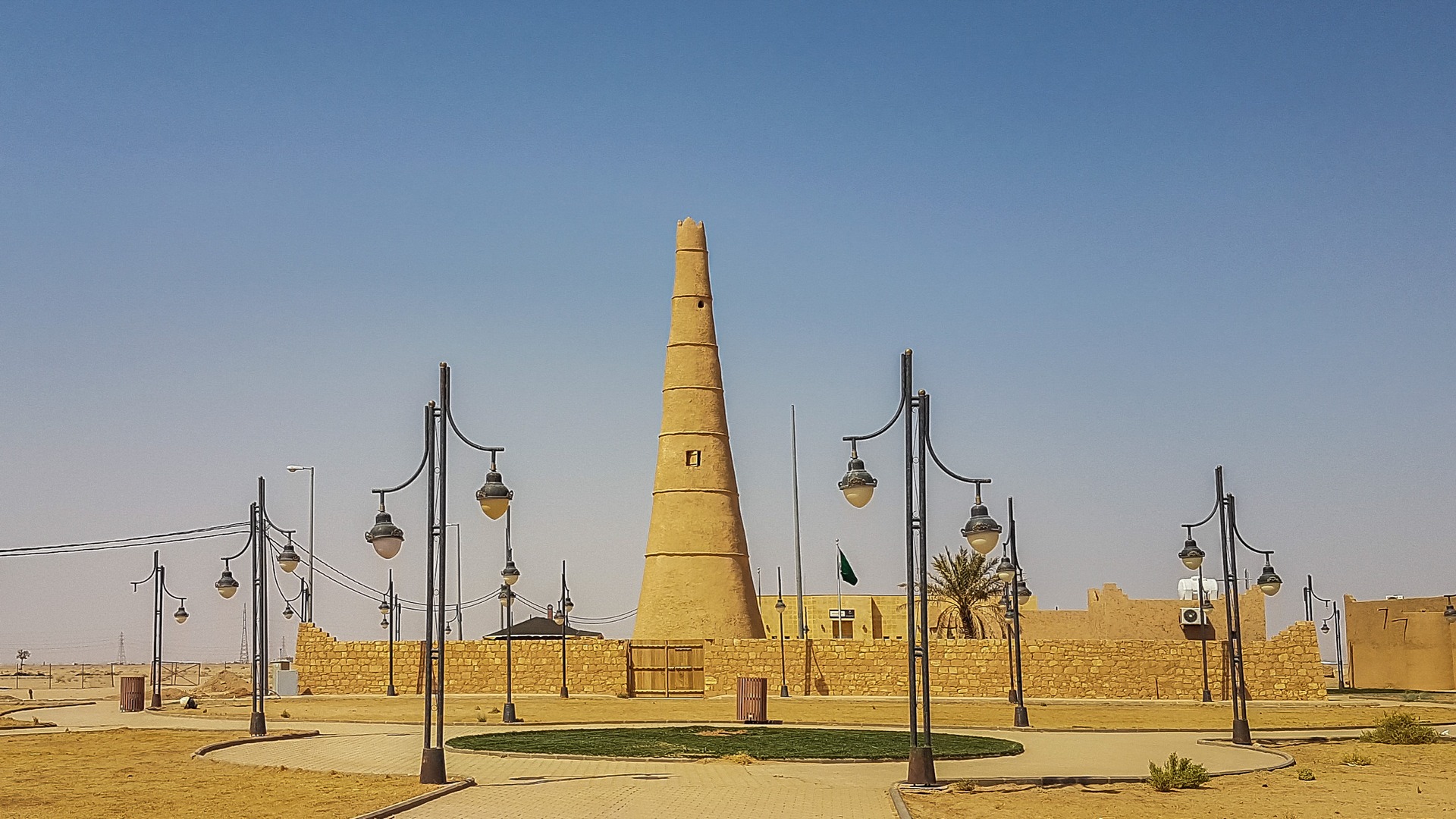 The historical Tower of Shinanah is considered one of the most outstanding archaeological landmarks in the Qassim region. Made of mud, it is 30 meters high, and has a base diameter 6 meters wide which narrows as it rises to the top to 1.5 metres, giving it a conical form. It was used as a monitor tower and was built in 1111 Hijri (1700 AD). There are a number of stone wells near it.

Al Shannanh Tower is one of the historic monuments mud most prominent in the Qassim region, and the diameter of the bottom about 6 m, and narrows the higher to the top until it reaches the highest point, an area of 5,1 m. It is also a tower of the ancient relics line the people of the region tournaments also used an observation tower was built in 1111 AH, up almost 30 AD, in the form of a conical is located near many of the wells folded rocks from the bottom up. It is one of the most important relics in Saudi Arabia more than three hundred years old name was synonymous with the battle Al Shannanh where it played a prominent role in surveillance and reconnaissance.

Selection Criteria
i. to represent a masterpiece of human creative genius
ii. to exhibit an important interchange of human values, over a span of time or within a cultural area of the world, on developments in architecture or technology, monumental arts, town-planning or landscape design
iii. to bear a unique or at least exceptional testimony to a cultural tradition or to a civilization which is living or which has disappeared
iv. to be an outstanding example of a type of building, architectural or technological ensemble or landscape which illustrates (a) significant stage(s) in human history

Commission of Tourism and Heritage

Other Tower / Minaret nearby