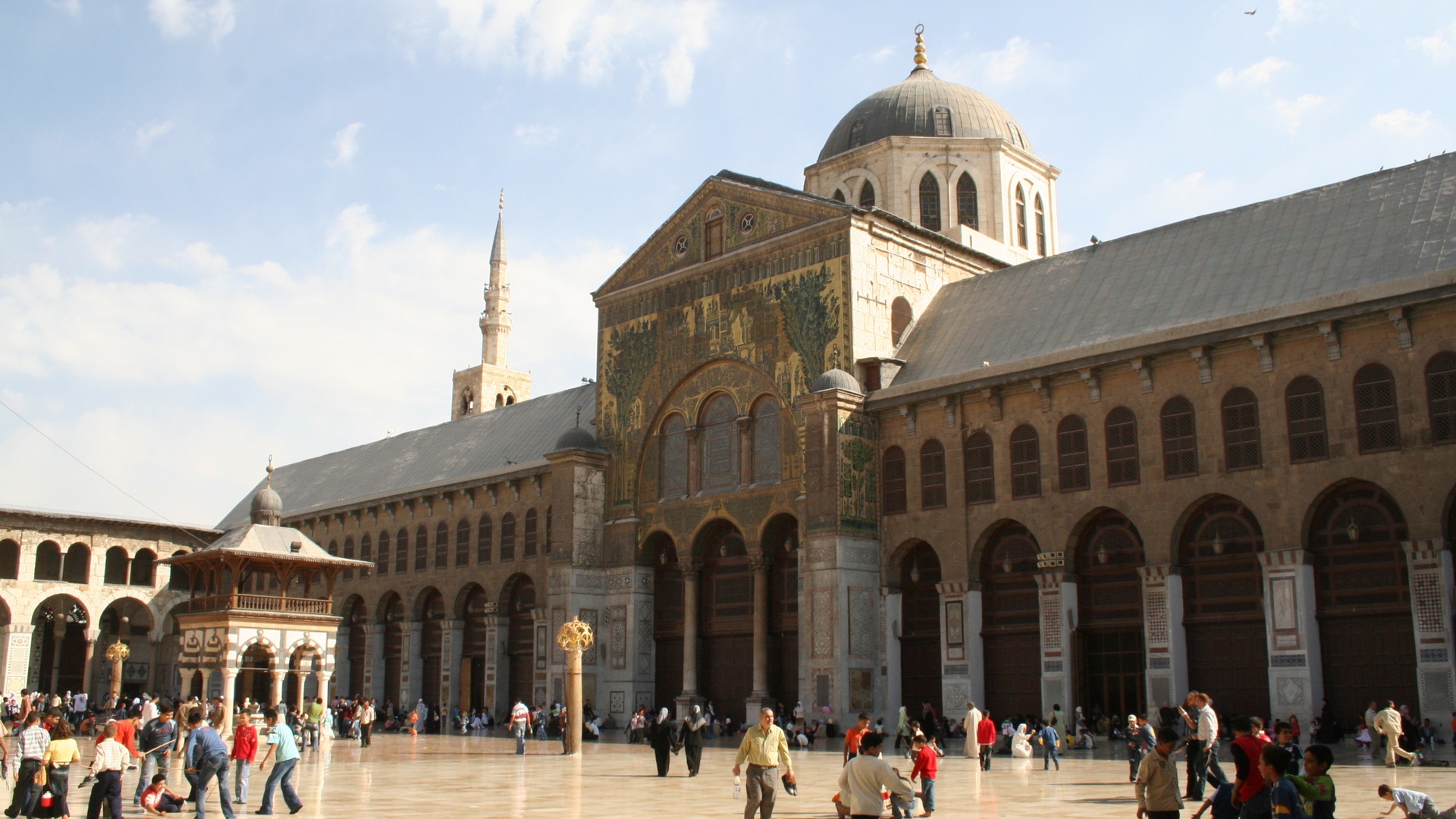 Significance
The Great Mosque of Damascus is the first monumental work of architecture in Islamic history; the building served as a central gathering point after Mecca to consolidate the Muslims in their faith and conquest to rule the surrounding territories under the Umayyad Caliphate.

Selection Criteria
ii. to exhibit an important interchange of human values, over a span of time or within a cultural area of the world, on developments in architecture or technology, monumental arts, town-planning or landscape design
iii. to bear a unique or at least exceptional testimony to a cultural tradition or to a civilization which is living or which has disappeared
iv. to be an outstanding example of a type of building, architectural or technological ensemble or landscape which illustrates (a) significant stage(s) in human history
vi. to be directly or tangibly associated with events or living traditions, with ideas, or with beliefs, with artistic and literary works of outstanding universal significance

State of Preservation
The Umayyad Mosque was subjected to a number of earthquakes and fires that destroyed the mosque completely and partially. In the year (748 AD) the mosque was hit by a severe earthquake, and the roof was torn along its length, and another earthquake was hit in (847 AD), which led to the fall of the minaret on the mosque. In the year 1081 A.D. the mosque was hit by a large fire that destroyed it, leaving only the walls, it remained in this condition with its walls only for 14 years, after which the architecture of the roof and the dome were renewed and the courtyard remained without tiles. In the year (503 H) and during the reign of Al-Mustansir al-Abbasi, the old northern wall was renewed, and during the reign of al-Malik al-Adil in (600 H) he ordered the courtyard paving.
In the year (1154 AD) a section of the eastern side was burned, and in the year (1172 AD) the minaret of “Al Arous” was burned, in the year (1177 AD) during the reign of Sultan Saladin the two corners of the dome were repaired and in the year 570 H he worked on the renovation of the northern minaret of “Al Arous”. In the year 597 AH the mosque was subjected to a severe earthquake and caused great damage, and in the year 602 AH (1202 AD) the pillars of the dome were repaired from the north side, and in the year 611 AH (1211 AD) the dome of “Al Nisr” was repaired. In 1893, a huge fire broke out and destroyed the mosque, and it was one of the most violent things that happened to the mosque. Construction began in (1314 H) and reconstruction of the eastern side of the mosque continued for two years, and it was opened in Ramadan in year (1316 H), and the middle section was built in the middle of Shaaban in the year (1318 H). The whole building was completed and celebrated its inauguration nine years after the fire on 12 Jumada Al-Ula (1320 H) – (1901 AD).
Recently, restoration work took place on the mosque and it ended in the year 1994 AD – 1414 H. The restoration works covered about (94) sites. In 2013, due to the war, the mosaic panel that adorns the main exterior façade of the mosque was damaged. A staff from the General Directorate of Antiquities and Museums restored the damaged part of the mosaic panel. In 2014, the same staff restored the mosaic panel that adorns the sanctuary from the inside, which had never been restored since the fire that the Umayyad Mosque was exposed to in 1893.