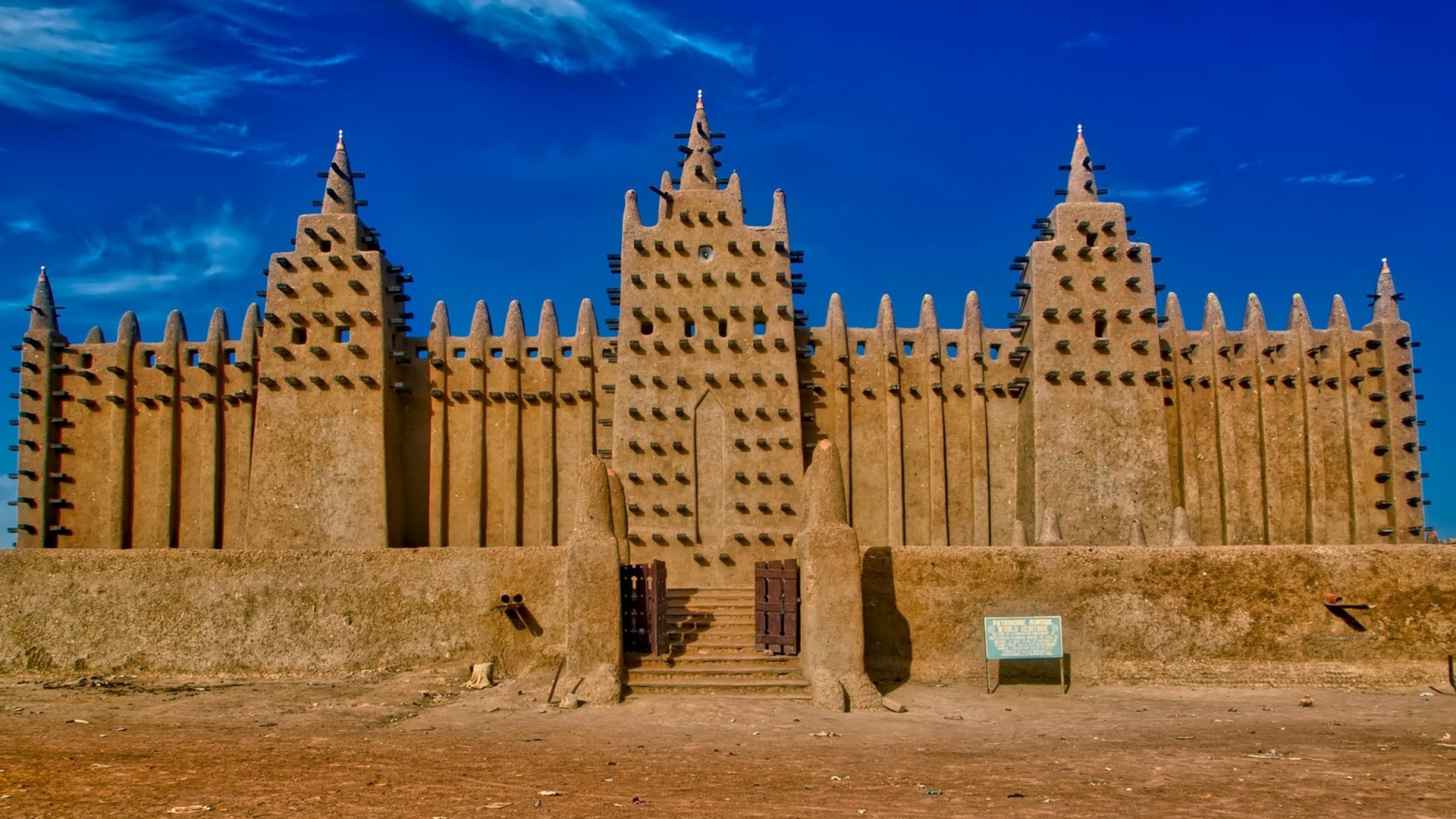 Significance
The first mosque at the site is known to be built in the 14th century which seems likely to be constructed by both oval and rectangular bricks. The present mosque was built: in 1909 under French supervision. Together with the Great Mosque at Mopti, built in 1935, it represents a new architectural syncretism – the beginnings of an ‘official’ ethnic style – widely accepted throughout this part of Africa or secular buildings.

Selection Criteria
vi. to be directly or tangibly associated with events or living traditions, with ideas, or with beliefs, with artistic and literary works of outstanding universal significance

State of Preservation
The first mosque on the site was built around the 13th century, but the current structure dates from 1907. As well as being the center of the community of Djenné, it is one of the most famous landmarks in Africa. Along with the “Old Towns of Djenné” it was designated a World Heritage Site by UNESCO in 1988.
The site possesses a “conservation and management plan” for a five (5)-year duration, 2008-2012, which has been prepared in cooperation with the communities following a participatory approach.